Greed is Curse Moral Story: Greed is a fundamental human desire that has been a major factor in human progress as well as a source of misery and suffering. It has been said that greed is the root of all evil, and this could not be more true in some cases. Greed can lead to a variety of negative effects, from financial ruin to relationship breakdowns, and can cause people to make choices that are morally questionable.

Why is Greed a Curse?

Greed can also lead to a lack of empathy, as people become obsessed with accumulating wealth and power and become oblivious to the suffering of others.

It is the source of countless conflicts and tragedies throughout history, from ancient times to the present day. Greed is a curse that corrupts not only individuals, but entire societies and cultures. It can cause people to abandon the values of compassion and empathy in pursuit of personal gain, and it often leads to a selfishness that harms those around them and their own long-term interests.

Once upon a time, a man had an unusual goose. Every day, it laid a golden egg. Soon, he became very wealthy. But getting one egg of gold a day wasn’t enough for him. He was very greedy.

He had a serious thinking about the goose suddenly. He realized that the goose’s body must be filled with golden eggs. “If I cut the goose open, I’ll grab all the eggs at once,” he thought.

So he slaughtered the goose with a knife. He cut it open and began searching for many golden eggs. There were none to be had. The greedy man furrowed his brow. He was sorry for his mistake. He’d lost the golden goose that lay golden eggs.

What is the Moral of the Story the Goose With the Golden Eggs?

Moral: The moral of ‘The Goose That Laid the Golden Eggs’ is fairly obviously that greed is bad.

Story 2: The Three Greedy Friends Story With Moral – the Three Friends and a Bag of Gold 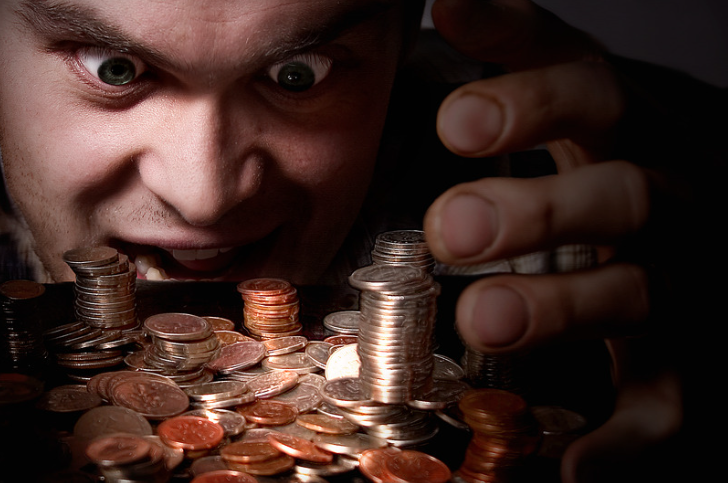 Once, there were 3 friends who were all fed up with not having jobs. They went on a long trip to see what would happen. 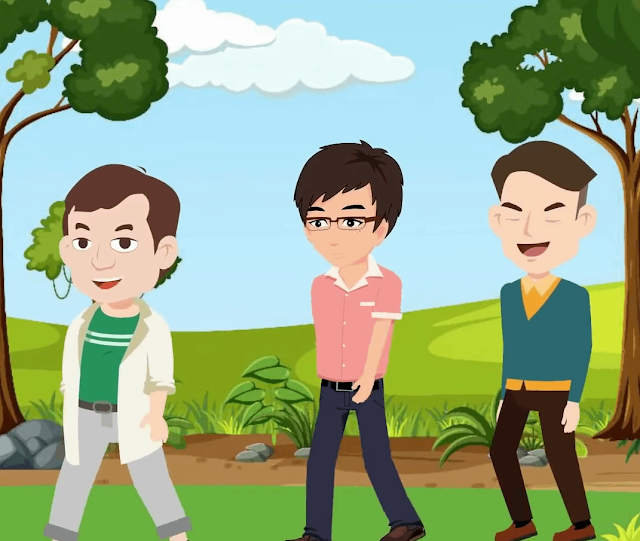 They promised to be there for each other through good times and bad. After walking for a long time, they were tired, and the trees’ cool shade drew them in.

So, they sat down under a cool tree to take a break. While they were sitting and talking, they saw a bag on the ground a ways away. They moved quickly toward it.

When they opened it, they found gold coins inside. Their happiness knew no limits. They were glad that something good happened. The bag was a sign that things would get better for them in the future.

They decided to give each of them the same amount of money. But their natural selfishness, meanness, and greed became clear. No one was being honest. Each of them, deep down, wanted to take the whole treasure. In reality, none of them knew what the rules of nature were. They forgot that being greedy is bad.

As night fell, they sent one of them to the city nearby to get food. The person who was sent to bring food was up to no good. He thought about poisoning the food so that the people in the back would die. Both of the friends who were left behind in the forest were greedy. They planned to kill their friend when he came back. 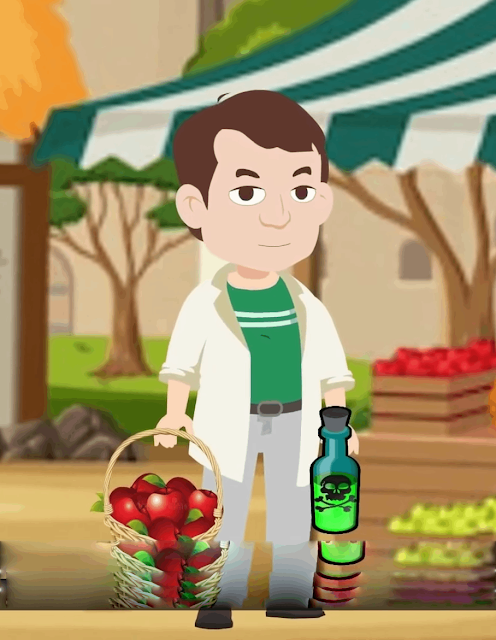 The third friend came back from the city with poisoned food, and as soon as he did, they jumped on him and killed him. They were happy that their plan worked. They didn’t know that fate also had something in store for them. 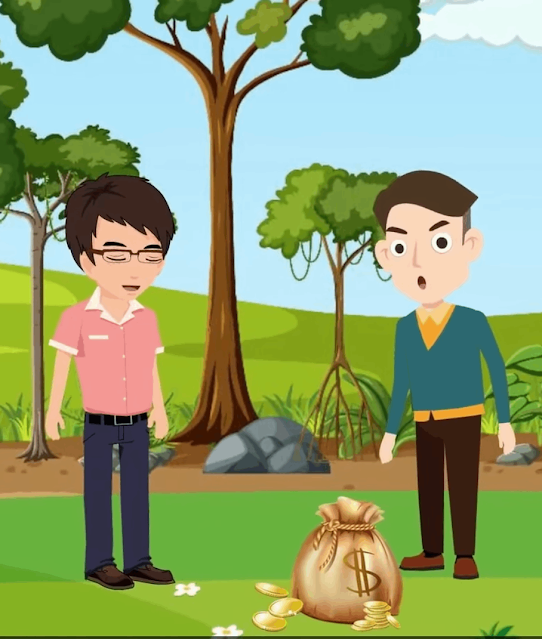 They ate quickly because they were hungry and didn’t want to wait. The poisoned food did what it was supposed to do, and the law of nature showed itself to be true. 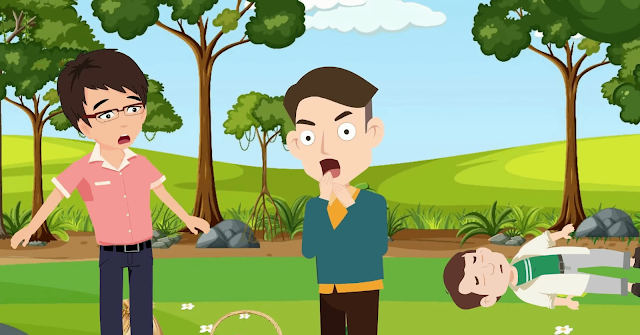 Both accepted their fate and ended up dying in the same place. So, all three of them gave in to greed and temptation, and the gold stayed where it was. 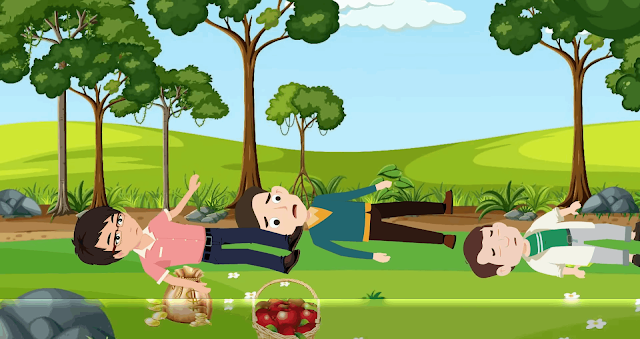 This story shows us that greed is one of the seven deadly sins that lead to the end of the world.

What is the Moral of Three Greedy Friends?

Moral: greed is a curse. One who digs a pit for others, himself falls into it. 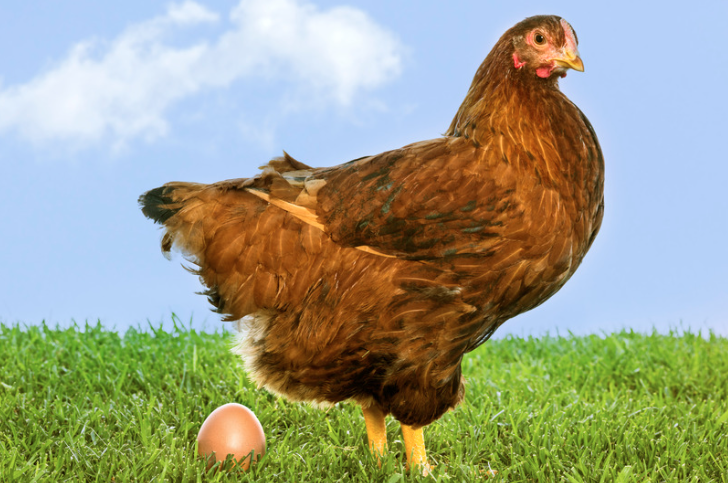 Most people are so greedy that they don’t have the patience to wait for good things to happen. They want to be very rich in a short time. Foremost, their greed drives them mad. Greedy people are never happy with what they have and always want what they don’t have right now. The story of a greedy man who killed his golden-egg-laying hen will show that the saying “Greed is a curse” is true.

Once upon a time, a man lived in a town. Despite his extreme poverty, he was extremely ambitious. He continued to fantasize of pleasant days. He prayed to God for prosperity. He believed that wealth would provide him with satisfaction. In any case, his request was granted. One day, he discovered that his hen had lay an egg of pure gold. He was excited. He sold the golden egg and plenty of money. Every third day, the chicken laid a golden egg.

After a few months, he became the town’s richest man. Everyone envied his wealth, yet he was not happy. He continued to dream about brighter times. In fact, his wealth had made him greedy and foolish.

He did something stupid. He wanted to get them all at once. He thought this would make him the richest person in town. He shared with his wife about this plan. She was a smart person. She told him to be happy with what he already had. She also told him to be patient and wait until things got better.

The man did not listen to what she said. Greed had made him insane. He wanted to become the richest person in town quickly. So he kept doing what he had planned.

The next day, he killed the hen in hopes of getting many gold eggs from it. He was very happy to think that he would soon be very rich. But he was surprised to find that the hen only had one egg in its stomach.

He felt sad and unhappy. He felt bad about what he had done, but it was too late. He lost all of his money because of what he did. He was crazy and stupid because he was impatient and wanted money too much. What he did couldn’t be brought back. 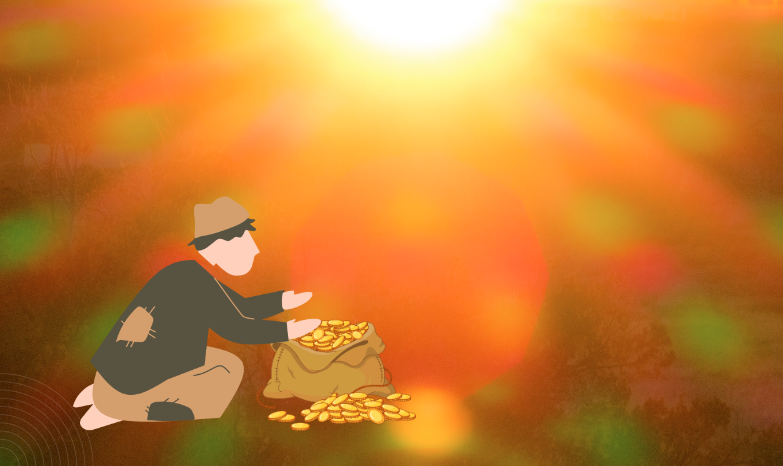 A poor man lived in a village a long time ago. He was so poor that he would sometimes sleep without eating. He felt depressed and began to cry one day because he was so hungry and tired. God was looking over him, and he felt sorry.

So God decided to do something to help that poor man. The poor man couldn’t stand his hunger any longer and began praying to God. When he opened his eyes after a while, God appeared in front of him. He was overjoyed and overjoyed. His joy knew no bounds.

God asked him to wish for whatever he liked.

“He wanted money for some food to eat and money to build his house,” the poor man replied.

“I will give you plenty of money, don’t be upset,” God said.

The man was overjoyed and handed over a bag to God. Half of the bag was immediately filled with gold coins by God. “Is this enough for you?” God asked the man.

The man said, Oh God, you’ve been so nice to me, but this is so small. Not nearly enough for me. So God filled that bag. “Is this enough for you now?” God asked once again. He complained loudly in response, “Not at all. It is still insufficient “. Then God placed more gold coins in the bag, which ripped apart owing to the weight of all the gold coins. All of the gold coins dropped to the ground and instantly changed into sand.

The man was shocked aback and asked God why this had happened.

“This is the result of your greedy actions”, said The God said. This would not have happened if the poor man had been satisfied with the gold coins he received initially. But his greed had cost him everything. 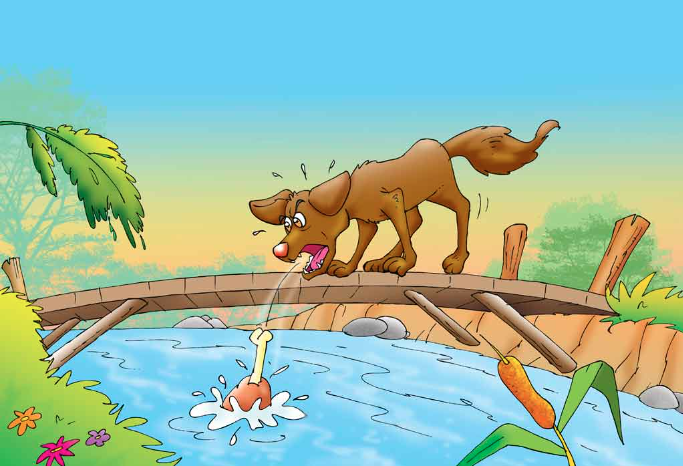 What is the Moral Story of Greedy Dog?

Greed can quickly become a destructive force if it is allowed to run wild and allowed to grow without being stopped. It can take over a person’s life and make them obsessed with getting more money or power, no matter what bad things may happen as a result.