Beluga Xl: The demand for commercial aircraft has grown enormously in recent decades. Airbus was delivering just over 300 aircraft per year in 2003, according to Statista data. By 2012, however, the number of orders to be filled had grown to approximately 600 units. The European company, which is one of the most important in the industry, was facing a huge challenge at that time: rapidly increasing its production.

Avoiding delivery delays allowed it to better position itself in a market where its main competitor is Boeing, the US aerospace giant. If the planes do not reach customers on time, they may decide to choose another manufacturer for future orders and even cancel ongoing orders. Airbus wanted to avoid that scenario, and although it had optimized its production line, it had a major logistical problem. The Plane Needed to Be Able to Build Other Planes

Its five original Airbus Beluga cargo planes could not efficiently transport all the aircraft parts from one end of the continent to the other. Remember that Airbus aircraft are generally assembled in Toulouse, France, but many parts, including wings, come from elsewhere. Before thinking of building a new aircraft, as FlightGlobal points out, Airbus considered using the Antonov An-225, which was sadly destroyed in the Ukraine war. 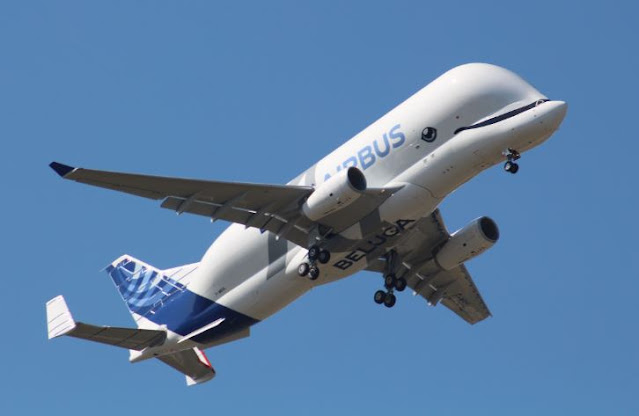 The problem was that the An-225, despite being considered the largest aircraft in the world, had a cargo hold that was too narrow. With this option ruled out, they evaluated the possibility of resorting to their main competitor and requesting their transport services with the Boeing Dreamlifter, a 747-400 modified to become a true beast of air transport. This option was also dropped. What was left then? Building your own plane, after all this is your main business (and skill).

Now, building an airplane from scratch is a very complex task that can take years to complete, in addition to requiring a huge budget and research. In this sense, Airbus couldn’t afford that luxury either. He needed a cargo plane big enough to carry two wings of an Airbus A350 simultaneously. As Airbus itself collects, the company decided to build the new plane on an existing platform, that of the A330.

With that decision, Airbus had just saved a good part of the problems with a stroke of the pen. The A330 platform had been ruling the skies since the early 1990s. In addition, one of its most reliable proposals. The engineer’s idea was to cut the plane in half literally. While the lower part retained the original fuselage, the upper part received new panels that shaped a huge cargo hold and gave the aircraft a whale-like appearance. The Airbus BelugaXL project formally started in 2014.

The new aircraft took shape thanks to the joint efforts of teams spread across different parts of the continent. According to Aerospace Technology, the nose, cockpit, and main cargo doors were built by Stelia Aerospace in France. Deharde Aerospace in Germany provided the upper fuselage. Aernnova Aeroestructuras, in Spain, developed the upper rear panels and the vertical stabilizer. Rolls-Royce shipped the two Trent 700 turbofan engines from the UK.

All the parts arrived at the company’s main facilities in Toulouse. Thousands of workers were waiting there, ready to assemble the plane. In addition, it was the neuralgic point of the project to which nearly a thousand company engineers from different parts of the world had been summoned. By October 2017, according to an official press release, 75% of the assembly tasks were complete, and the mechanical and electrical systems had been integrated. Construction was proceeding apace.

At the beginning of 2019, Beluga was ready for its first tests. After the installation of the engines, the engineers tested the aircraft on the ground for months and trained the pilots on simulators. Finally, on July 19, it flew for the first time under the watchful eye of the thousands of people who had participated in the project, the directors of Airbus, and the international press. The joint work of French, Spanish, German, British, and people of other nationalities had just become a reality.

The result has become a huge transport plane whose empty weight is 127 tons. The BelugaXL, which is 63.1 meters long and 18.9 meters high, can carry a maximum of 51 tons and has a range of 4,000 kilometers. The aircraft, which two pilots operate, has been part of Airbus Transport since January 9, 2020. Under this company, it transports aviation parts between its plants located in different parts of Europe.