Enjoying a vacation, or a weekend getaway, combining beach and mountains and adding incredible landscapes, good gastronomy, and postcard towns are possible in Asturias. The proximity of the mountains, such as the imposing Picos de Europa, to the sea, makes it possible.

And among the fishing villages of the Principality, there are three that shine with their own light, although the list of enclaves to visit along its extensive coastline would be endless. Lastres, Cudillero and Luarca are the three that we are going to develop, but it is worth visiting many others such as Llanes, Ribadesella, Tazones, Luanco, Puerto de Vega, Navia, Tapia de Casariego and a long etcetera.

1. Lastres, the Town of ‘doctor Mateo’

Taking the three towns mentioned from east to west, the first to arrive is Lastres (Llastres in Asturian). If any of the readers saw Doctor Mateo in his day, it is the town in which this television series starring Gonzalo de Castro and Natalia Verbeke took place, although in fiction it was called San Martín del Sella. Located in the council of Colunga, it sits on a hillside that falls to the sea, with a fishing port that recalls its whaling past. 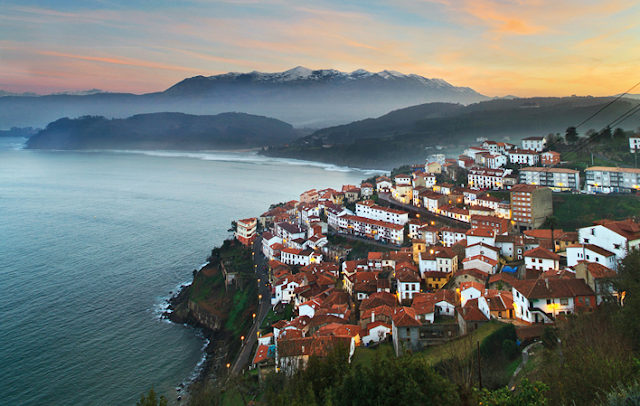 To enjoy the best views of Lastres, it is best to take a certain distance from the town and go up to the San Roque viewpoint (a good place to park), from which you can also see the nearby La Griega beach. A trail starts from this sandbank that leads to a site of footprints, which are dinosaur footprints. In fact, very close, in Colunga, is the Jurassic Museum of Asturias. 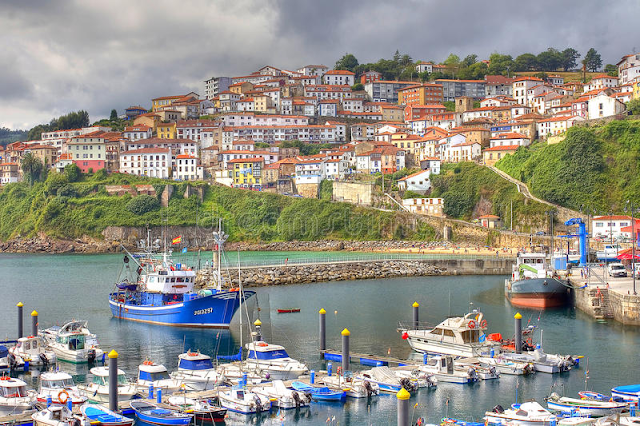 It is also not far away, about 4 kilometers away, the Faro de Luces, another one of those places with a special charm and with views to keep in the retina.

Returning to Lastres, its cobbled and sloping streets with many stairs allow you to see traditional seafaring houses and also classic Asturian mansions and palaces with coats of arms, as well as the Clock Tower and the church of Santa María de Sádaba.

2. Cudillero, Wedged in Front of the Sea

Leaving aside this beautiful town, and moving west, once we have passed Gijón, Avilés and the Asturias airport (the entire route can be done by highway), Cudillero (Cuideiru in Asturian) appears. Perhaps it is the most photographed town in the Principality and it is not for less, because it has more than enough charms and peculiarities. In fact, it is common to find it in any guide or compilation of the most beautiful towns in Spain. 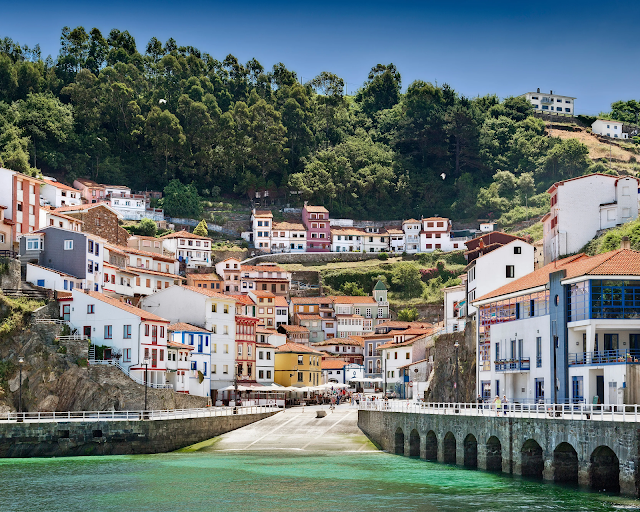 Obviously, so many benefits make it a target for tourists and it becomes a bustling town, especially in the square that is next to the ramp from which the fish arrives, which is served directly in the many restaurants that Cudillero offers, which smells of the sea ​​in all its corners. 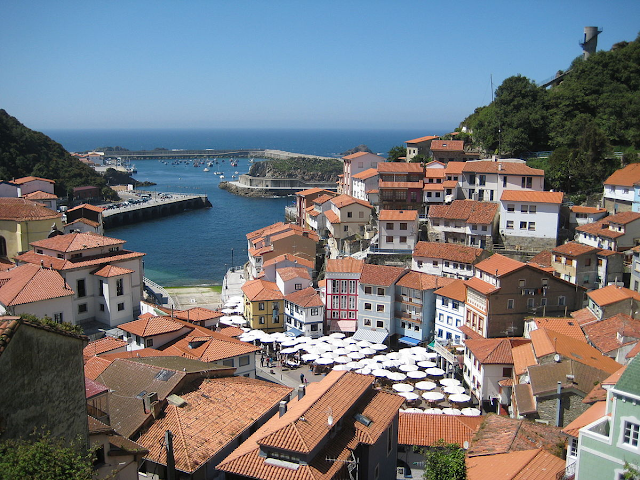 The most reproduced image of the town is undoubtedly the one seen from the port, from where you can see how its multicolored houses go up through impossible streets, climbing the hillside in which the town is embedded. Among the most representative buildings are the lighthouse, the Municipal Market and, above all, the Selgas Palace, which is open as a museum and receives around 25,000 visits a year.

If the town is beautiful, the surroundings are not far behind. It is worth spending some time walking through the heights of Cabo Vidio, with its towering cliffs, and approaching one of the most magical beaches in Asturias: Playa del Silencio, a shell protected by cliffs and islets that is so spectacular from the sand as seen from above.

3. Luarca, the White Town of the Costa Verde

The last of the towns in this review is called the white town of the Costa Verde and is already in western Asturias, in the council of Valdés. This is Luarca (Lluarca in Asturian) and it is another postcard town, one of those that offer numerous different views, and all of them worthy of succeeding on Instagram. 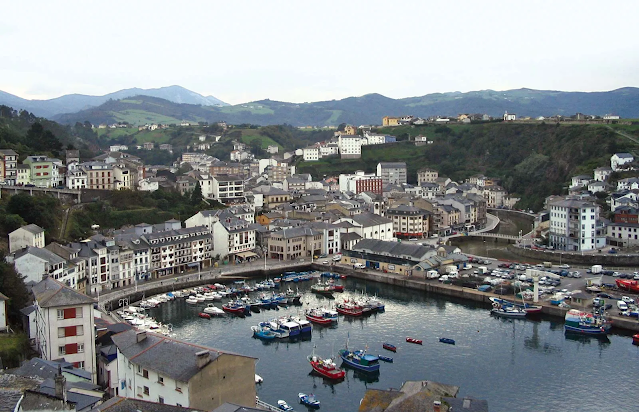 It is a town so white that it does not seem from the Bay of Biscay, and it breathes sea and history on all four sides. A fishing village, it was an important fishing port in the Middle Ages and preserves many vestiges of that past: the remains of a fortress, seven bridges over the Negro River, palaces and emblazoned houses, and even a Nobel Prize winner born and buried there: Severo Ochoa. 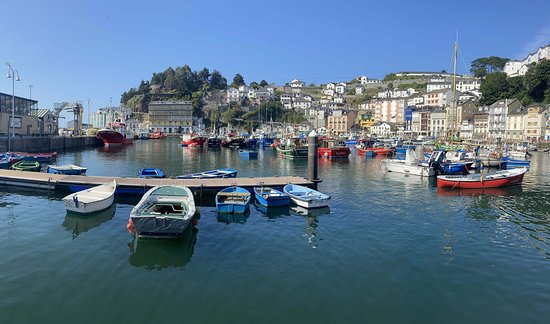 Deployed around the port and the mouth of the Negro River, which joins the sea next to the beaches, Luarca is flanked by two viewpoints and two hermitages, San Roque to the west and La Blanca to the east, next to which is a cemetery with absolutely privileged views that well deserve to be enjoyed in life. Not far from there is the lighthouse, which is also worth visiting. The environment of Luarca maintains the level and has so many attractions that it is better to reserve some time to enjoy it without haste. Barayo beach, an entire nature reserve, the Cape Busto path bordering cliffs, and the hermitage of La Regalina in Cadavedo, another of the classic Asturian postcards.