Nighthawk RAXE300 WiFi 6E Router Review: The RAXE300 offers up to eight WiFi streams and supports Gigabit + WiFi speeds of up to 7.8 Gb / s in homes up to 2,500 square meters. Six antennas are included to improve signal strength and coverage, and there is a 2.5 Gigabit Ethernet port for Gigabit + connectivity. Five additional Gigabit Ethernet ports are available for wired connections to other smart home devices.

The 6 GHz WiFi band is only available on the latest devices, so it is less congested and offers faster connection speeds with lower latency. Apple devices do not yet support WiFi 6E, but Apple is expected to implement it in the near future, perhaps later this year. This is Netgear’s third WiFi 6E router to join the more expensive Nighthawk RAXE500 and Orbi Quad-Band Mesh WiFi 6E system. The RAXE300 will be available in the first quarter of 2022 and will be priced at $ 400. 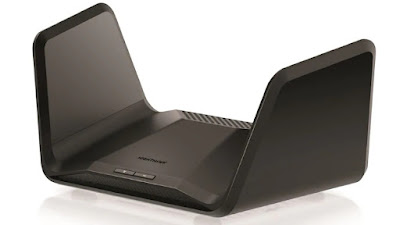 Netgear is also announcing the launch of Netgear Game Booster, a new service that will provide Orbi users with the same tools normally limited to Nighthawk ProGaming routers. Orbi owners can improve network performance and minimize delays by identifying and selecting the fastest game servers and prioritizing network bandwidth for game devices and applications.